Skip to content
Previous Next
Tabbles Web: coming soon to your web browser!

Last year we did run a survey with our user base, and what you voted as the most requested feature is to be able to run Tabbles in a web browser. So of course we started working on that as soon as we could.

As of today, we have an half-baked back-end along with an half-way working front-end logic, meaning that we passed the proof-of-concept stage. We’re aiming for an alpha (or closed beta) release for Q1-2019 and a release in Q2-2019. Soon we’ll spam all of you who registered to the mailing list, asking for input and beta-testing… if you’re reading this now, you are interested in the development and want to contribute or tell us what features you’d like to see developed, you’re welcome to contact us 🙂

What’s going to be in Tabbles Web?

We’re planning to make Tabbles Web as a super-light client, mostly for browsing and searching files. In it’s first release it will allow you to:

Later we’ll add some manual tagging capabilities, and support for the comments,  and most important we’re planning to open source the front-end so that you will be able to see how to back-end’s APIs work and use its RESTful API to integrate it with other applications.

What about Dropbox/OneDrive on my phone?

Last but not least, we’re building Tabbles Web using Xamarin (God bless Momma-Microsoft!) and the magic Ooui library, that translates Xamarin Forms to Javascript and uses Mono and WebAssembly to run logic of the software in a web browser. This means that (if everything goes well!) after the Web based version, we’ll have an Android, an iOS and Mac OS version too (scheduled for Q3 and Q4-2019).

When we get to the Android (and later iOS and Mac OS), we’ll rework some of the back-end to allow you to use Tabbles with your Dropbox (or similar) folder also on your mobile devices: this is something that can’t be achieved with a web-based application (because of lack of permissions to the file system), so we’ll build this in the versions targeted to the different OS. Basically we’re planning to extend the current Folder Synchronization feature, to allow you to add your non-Windows devices as well.

Is this for real? Show me some proof!

Check this out, one of the very first screenshots we took of Tabbles Web in all of its glory (see how pretty this is already! 😀 ) and no, this is not how the final product will look like 🙂 : 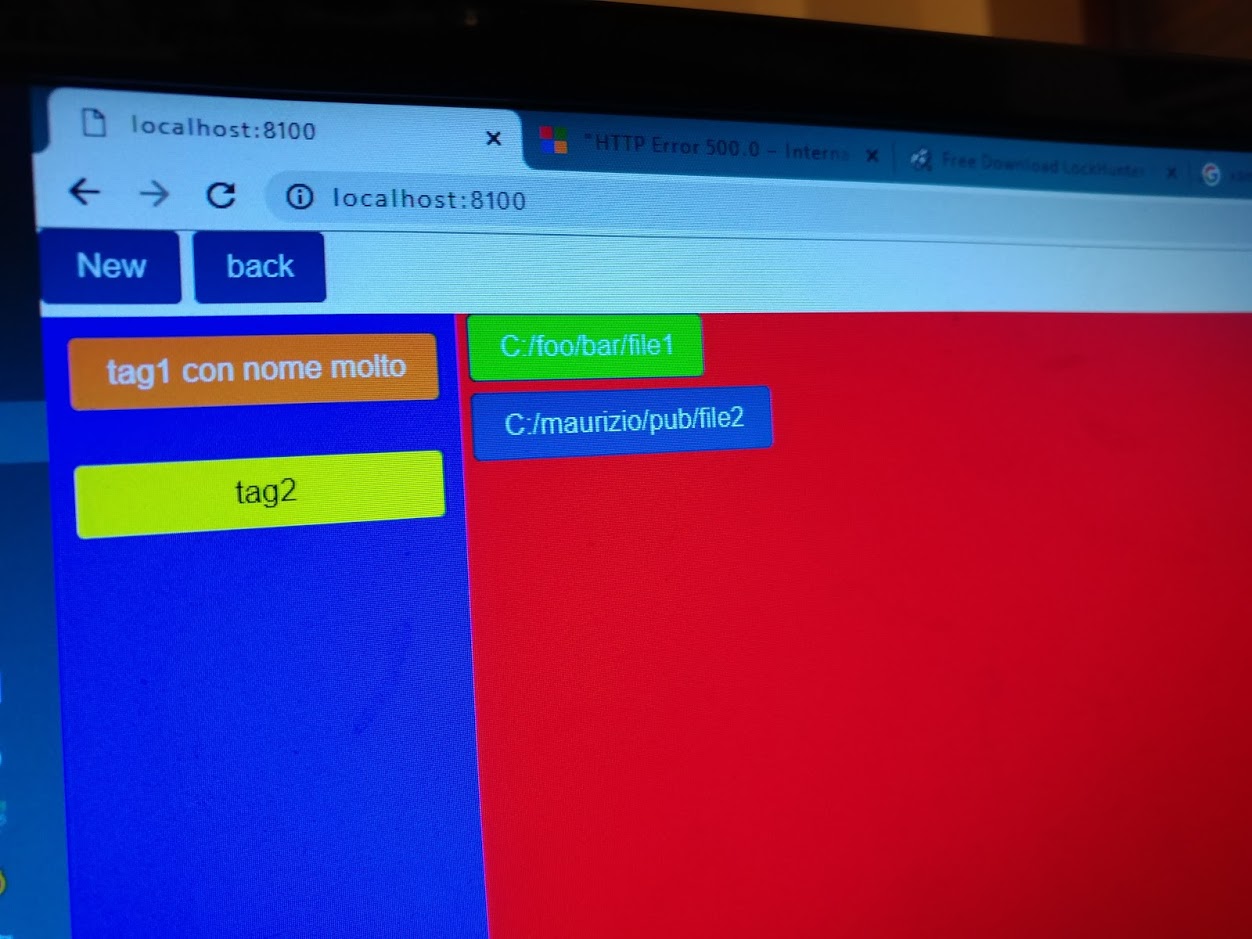