Skip to content
Previous Next
Tabbles Web is growing!

exactly one month (and 3 days, edited) after the first post, we’re showing you again how Tabbles Web is coming along: now you can see and open a real tag-tree and see file paths (we’ll make it prettier later on), see here: 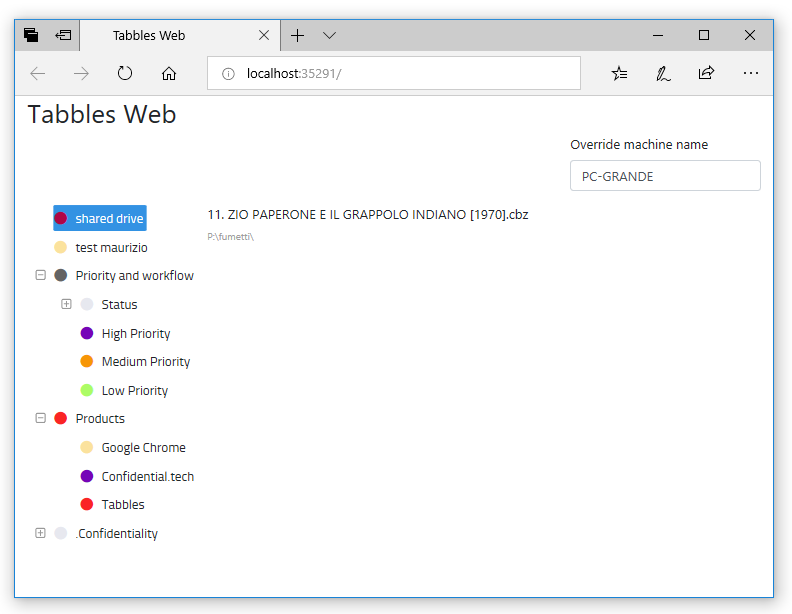 We have know most of the back-end (with most of the file and tags sorting logic) ready and we’re working on the front-end.

A major changes from last time is the technology we’re using for GUI: after we began building it on Xamarin/Ooui we got stuck the first time we tried to call a REST API from Xamarin.Forms (see the problem here). Because of that, we switched to using asp.net and MVC5: the development  is proving to be an order of magnitude easier than Xamarin as well as much faster to deploy and test. We’re planning to embed this into a mobile app using Cordova later on (see this tutorial).

What will Tabbles Web do?