We’re working on Tabbles 5 already, the first feature we’re releasing is an extension of the auto-tagging rules that will allow you to search “inside” a file ( search the content of a file or document) and tag the file automatically based on what’s inside it.

In the first release it will work only for files .docx, .xlsx and for generic files – “generic” means that the files will be opened in ASCII mode, so files like .txt, .html will be read properly, along with files that save some of the content as text. We’re releasing this feature as an MVP, planning to extend it based on your feedback. We’re aiming for a first release of Tabbles 5, including a beta of this feature, early next week. 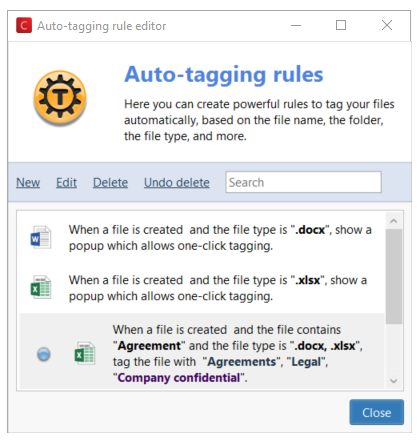 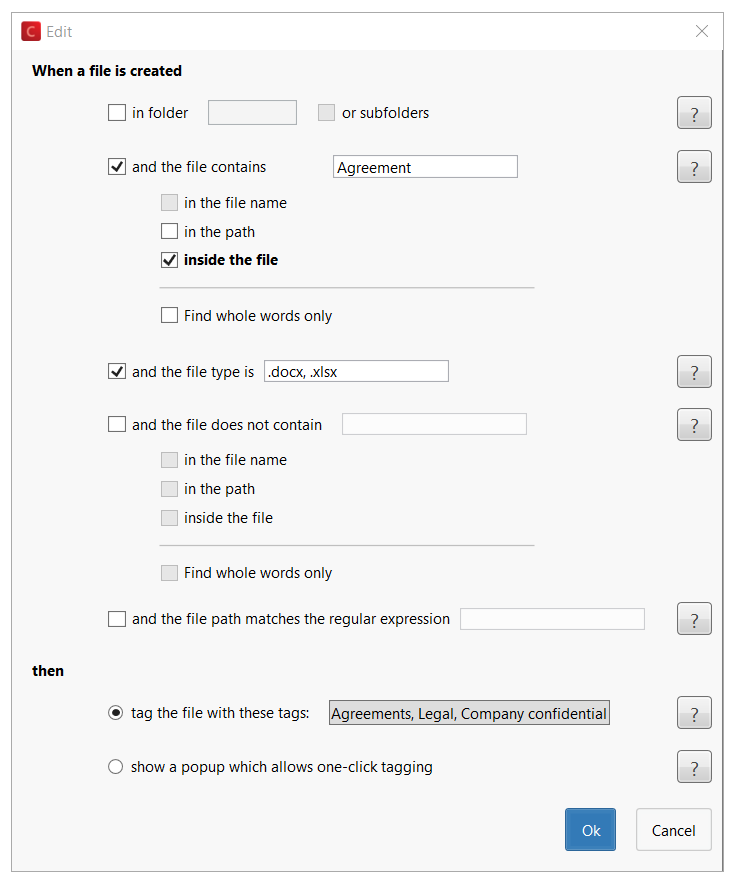