Skip to content
Previous Next
Add searchable comments to files, in a chat-like fashion

You can finally add comments to files! We’re releasing a new build, just 3 days after the first one, instead of the “couple of weeks” we previously mentioned… cause who needs to sleep anyway? 😀

We’re so eager to release this build as it contains one of those feature we’ve been asked for since day one: the possibility to add comments to files (or folders).

And not this allows you to write and edit a single comment per file: you can actually write and edit multiple comments on each file – each comment will shows when it was written or modified. If you’re working in a multi-user environment, you can see who wrote what and when, making it look pretty much look like a chat. A bit like slack or Google Wave.

It works fine on local disks, shared drives and Dropbox(-alike) folders. How does it work? you right click on a file and click on “Comments”. You can later also click on the preview of the comment to edit it or to see the whole story (we’ll improve this). 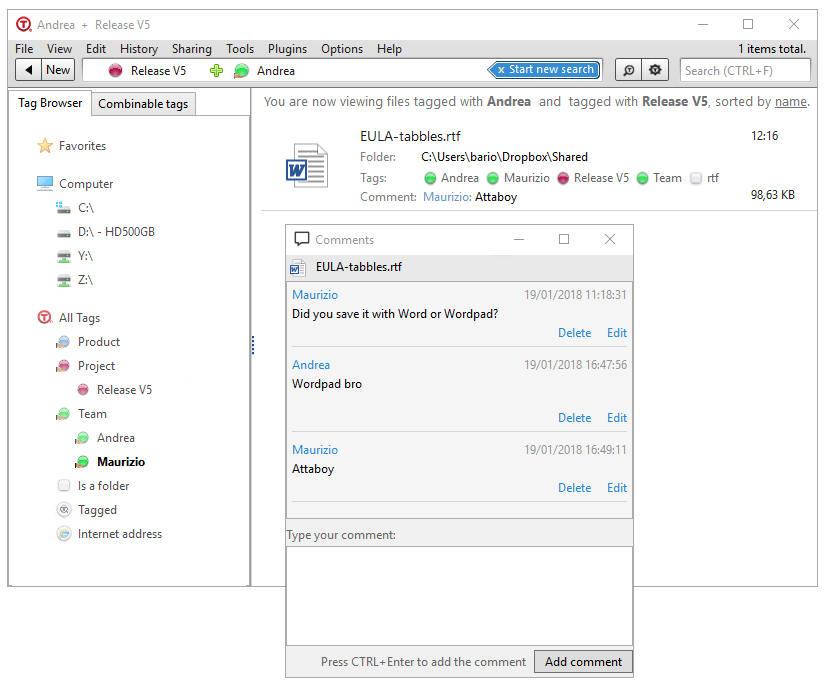 Brave souls are warned: this time it’s a real beta, or actually more a “working prototype”. Several things are missing: